Trilobites, what are they?

But lets keep in mind that they are not closer related to crustaceans as for  example a dragonfly would be.

The maybe most comparable living animal and simultaneously living fossil would be the Limulus. 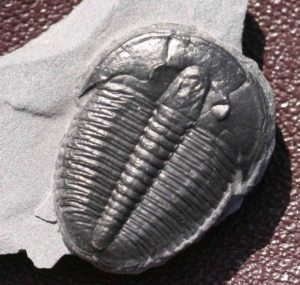 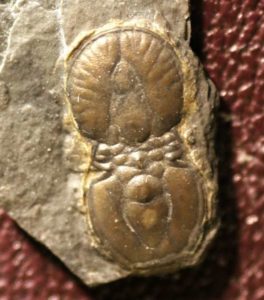 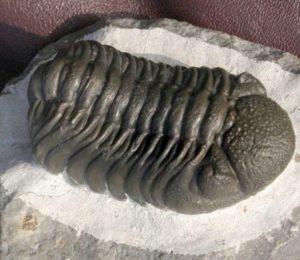 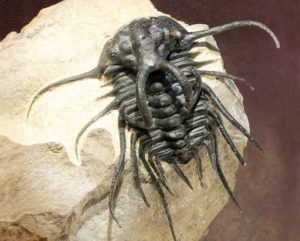 Trilobites belong to the by far largest animal taxon Arthropoda.

The Arthropoda includes insects, crustaceans, chelicerates, myriapods and many more.

One large extinct group of them are the Trilobites or Trilobitomorpha.

Trilobites lived and evolved for nearly 300 Ma (Million years) on in the ancient oceans of the Earth. The First Trilobites emerge form the early lower Cambrian about 540 Ma ago.

Even the earliest known trilobite fossils show a surprising level of diversity and faunal provincialism.

This period is also known as the Cambrian explosion.  In that time the most animal groups that ever existed  can be identified for the first time on this point of earth history.

But it is assumable that trilobites even have there origins earlier in the Ediacarian epoch.

But this puzzle proofs to be difficult to solve. Just recently it was possible to identify a group of precambrian ediacara fossils as Animals. Before it was not even proven that he animal kingdom dates that far back.

Some of them even more vigorous as the late cretaceous excision that ended the dinosaur age on earth. Trilobites where very diverse and often highly adapted to there environment.

On one hand trilobites can not be called primitive in general.

But in many basic features of the anatomy they are primitive Arthropods.

This is might one reason why trilobites where such a successful group.

This success can be reflected in some dry systematically numbers.

The class of Trilobita is currently divided in 9 Orders.

That include at least 150 family’s.

And so far are something like 15000- 20000 different trilobite species are known.

But eventually trilobite finally extinct on the end of the Palaeozoic, at the late Permian. That was 252 million years ago.

This Permian–Triassic mass extinction event  also called the “Great Dying”. It is the most severe extinct event ever on earth. It characterise the end of the Palaeozoic and the begin Mesozoic. The world had fundamentally changed and the trilobites have perished along many others.

Trilobites are some of the most interesting and diverse Fossils.

They are like fossilised evolution as it is beautifully augmented in the famous book “Trilobite: Eyewitness to Evolution” by Richard Fortey. What can be just can be strongly recommended to everybody.